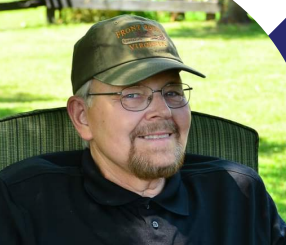 FRONT ROYAL, VA— Nominations are now open for the Larry M. Funk Memorial Award for Outstanding Service to Children. This award, newly established by the Warren Coalition, recognizes an individual whose dedication and services to children of Warren County have made a positive impact on them.

The award is open to anyone who serves children in any way, though if it is their profession, the nominator will need to explain the way in which they go above and beyond their normal job requirements. Nominators are asked to explain the contributions made to the children and youth of Warren County, some specific examples, and five outstanding qualities of the nominee.

Nominations can be made online at https://bit.ly/LarryFunkAward. (Note that the link is case-sensitive.) A panel will review the nomination packages, and the selected recipient will be presented with a plaque and $500 cash at the Warren Coalition’s Annual Membership Luncheon on July 28th at 11:30 am at the Community Center at 538 Villa Ave. in Front Royal.

Larry M. Funk was a member of Warren Coalition for more than 20 years, serving in a number of positions to include Vice President and President during that time.  The Warren County Sheriff Department employed Larry for over 28 years, and 27 of those were as the D.A.R.E. instructor and Community Policing representative.  He received many awards and recognitions from community organizations such as Kiwanis, Elks Lodge, Moose Lodge, Warren County Sheriff Department, Warren County Board of Supervisors, and American Legion Post 53, just to name a few.  His many activities included presentations at events and distribution of educational materials for the youth of Warren County.  This included many bike rodeos; Warren County Fair booths; Warren Memorial Hospital annual health fair; drug awareness displays; car shows; and car seat safety checks.  He coordinated and organized the annual D.A.R.E. day, which was the culmination of a year of planning for the fifth graders of Warren County Public Schools as part of the D.A.R.E education during the school year.

Larry was an elder at his church, serviced as assistant Sunday school superintendent and as a youth Sunday school teacher.  He would practice his presentations for hours until he got it just the way he wanted to present it.  He took great pride working with children of the community.  Students and former adult students would frequently greet him with hugs whenever they would see him.  Larry’s impact was great and long lasting.

Larry was married for 38 years; the proud father of two sons; and grandfather of five grandchildren.  He loved spending time with them and especially teaching them.

“Larry would have been very humbled to know about the incredible recognition that the Warren Coalition is bestowing in his memory,” his wife Linda said.